Home > Breaking Ground on Next Phase for the Truckee Bike Park 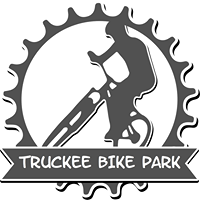 “For the past seven years Cortney Knudson and Brooks McMullin have donated countless hours of work in order to give the Truckee community one of the top public bike parks in the country.

Featuring a pump track, flow lines, a dual slalom track, and some of the raddest lines around, the Truckee Bike Park has become one of the best places to progress as a rider. After a fundraiser earlier this month, the park is now scheduled for its fifth of six build-out phases.

“Ours is going to be designed for BMX. It starts with a step down, and then there’s rollers, singles, doubles, triples, quads, a spine, a slope … into a finishing berm,” said McMullin.

“It’s the first of its kind. It’s teaching riders more skill, more rhythm. They can do the course different every time. Sometimes a rider is going to be faster sometimes they are going to be slower, so that’s going dictate how they hit the rhythm.”

After the fundraiser, McMullin and Knudson said the park needs roughly $200,000 to complete the final phase of work, which will feature dual pump track and a slopestyle course with beginner, intermediate and advanced lines.

“We want to prepare the rider for everything that they are going to experience on any trail and in their travels,” said McMullin. “We want them to be proficient and confident.”

Between fundraising, donations, and volunteer hours, Knudson said the bike park will come in at roughly $2.5 million upon its completion.” Sierra Sun written by Justin Scacco

For more information about the park, and to find out about the next upcoming fundraiser visit the Truckee Bike Park webpage.  This is what makes Truckee such an incredible community to be a apart of. 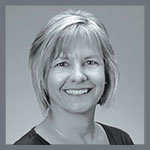